2 replies to this topic

First things first. You didn’t fall asleep and wake up a couple years later. MapInfo Pro v15 is the successor to MapInfo Pro v12.5. Why? Well, we decided to skip the unlucky numbers 13 (for some in the Americas and Europe) and 14 (for some in China and other countries in the Asia Pacific region).
32 and 64 bit versions

Some of what is mentioned in this article is in MapInfo Pro v15.0. That release has gone to production. Version 15.2, our next 64 bit release is a work in progress. Our road map plans can and do change from time to time.

Here are some of the main work areas: 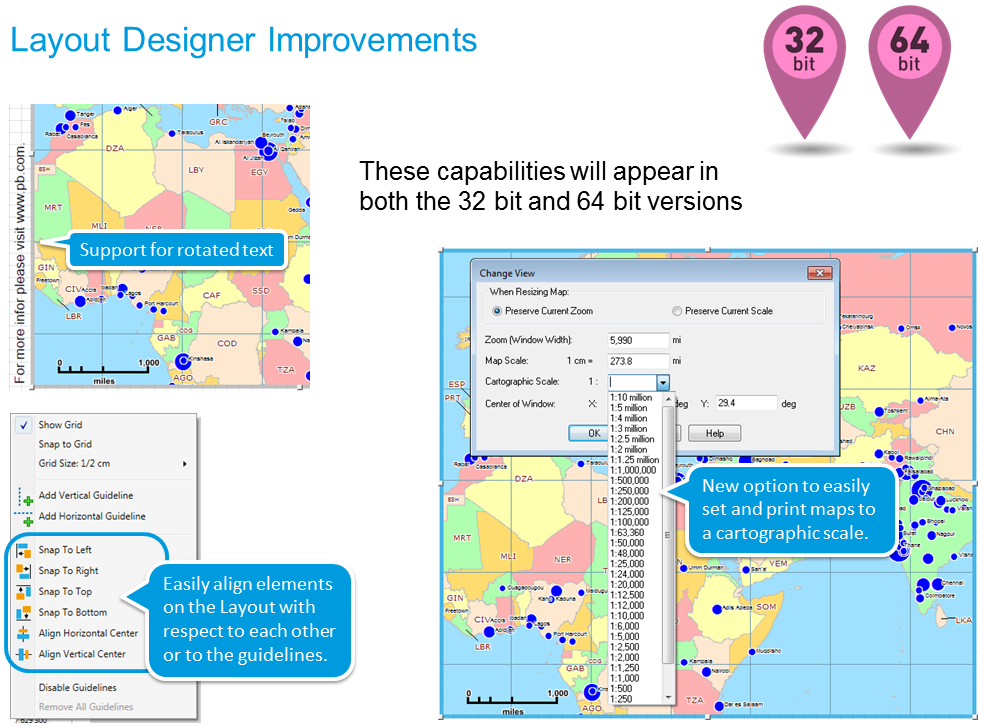 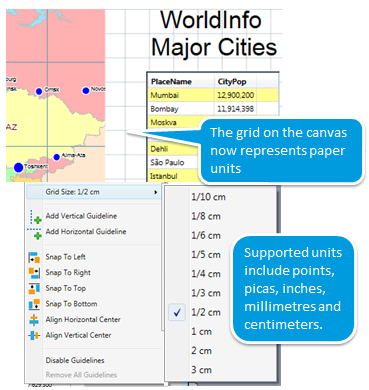 In v12.5 the mouse wheel was programmed to scroll the page up and down. Based on feedback from users we have changed the behaviour: Layout Designer - MapBasic capabilities Note that for MapInfo Pro v15.0, the empty frame support and other things mentioned above are available via MapBasic. These capabilities can be programmed to create template functionality and other capabilities to automate map production. The requirement to use MapBasic pertains just to the 32 bit version, these capabilities will be fully available in the user interface of version 15.2 See the next section.

The 64 bit version is getting a number of additional enhancements.

Support for "Empty" frames. As was possible with the legacy Layout window, we are adding the ability to specify empty frames and then fill them with content. In addition the frames can be named for easy identification later. This will allow MapInfo Pro users to create pre-arranged Layout Designers that can be populated later.

In addition, as mentioned above, it will be possible to name frames. You can add descriptive names that describe what the frame is for. If an “empty” layout is opened these can be cues as to what should be put into the frame.

Graticule - A dynamic graticule capability is being added to the Layout Designer. This will allow for grid lines to represent coordinates to be added to your Layouts.

And more! In addition support for copy/paste, rotating images, multiple page layouts, North arrows, symbol, line and polyline annotations are also planned. We may squeeze in some more enhancements too!

We have improved the efficiency of a number of editing operations when your data is indexed. This includes Update Column, Append, Combine, Erase, Erase Outside, Disaggregate and the splitting of lines.

Here are some example tests run on a Dell E6420 laptop. This laptop is running Windows 7 and has four dual core CPUs and 8 GB RAM.

. Performance improvements will vary by the specific data. This capability only makes a difference on larger operations and is not used during small editing operations. The default is set to Auto and this means operations affecting 1000 or more objects are involved. This is designed into the system because the use of Smart Indexing could be slower on small operations.

The nature of the data column is a factor, for example a longer character column requires more processing time than a shorter column. Also, in some cases having multiple columns indexed makes a difference in the performance.

Also, there is a preference to control whether or not this capability is used. This is found in the Performance Settings dialog box. In v15.0 look in Options > Preferences.

And finally… COMING IN VERSION 15.2

Once again, version 15.2 is scheduled to be available in October. This is our next 64 bit release. This has some additional major work areas which we will detail further in future articles. These include: Article by Tom Probert, Editor of "The MapInfo Professional" journal


Please Login or Register to see this Hidden Content

Back to MapInfo và MapBasic